Top Ten Tuesday is a meme hosted by The Broke and the Bookish. Each week I will make a list of 10 books, authors or other bookish things surrounding a certain topic. Today, it’s all about MUSIC. I chose to show you my favorite playlists for several of these books. Now, all these playlists come from 8tracks. Let’s go!

The playlist I chose for The Martian is called “Stayin’ Alive: Mark Watney’s Musical Guide for Surviving Mars“. Genius title, already. The songs in the playlist may be a little unexpected for those who haven’t read the book or seen the movie yet though. Expect to hear some disco! The playlist has 13 tracks, and includes for example Disco Inferno and Night Fever. 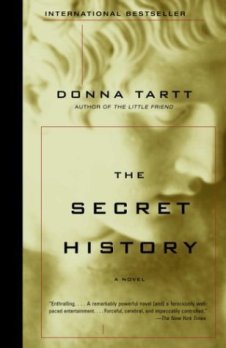 I only read The Secret History recently, but it’s a book that definitely stayed with me. It’s quite hard to describe, but let’s just say it’s about a group of students who study the classics (the Greek classics) and it’s a thriller. The playlist I chose for it is called “Duty, piety, loyalty, sacrifice“. It has 11 tracks. The music seems so fitting to the story to me. Props to the creator!

As you may know, The Song of Achilles is one of my favorite books. So obviously, I had to find a playlist to suit it. I found one called “Name One Hero Who Was Happy“. It has 13 tracks. The first song I heard from this mix was Soldiers by Ben Howard:

“Oh you watch me steady, you
Watch me with such a quiet sincerity
And you hold me heavy, you
Hold me like I was born to be held
And the light comes in here, yeah
Morning my dear, and the restlessness of arms
And we lie here longing now
Words were ours that we’ll never be harmed
‘Cause you are dear to me” 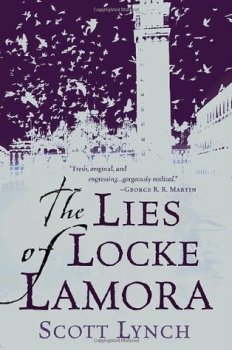 For The Lies of Locke Lamora, I chose an instrumental playlist. Instrumental playlists, and soundtracks, always get me in that fantasy-zone, and this one just screams adventure, thieves (and pirates). It’s called “Magnificent Bastards” which in my opinion, sums up the series pretty well.

A playlist to commemorate The Lord of the Rings and The Hobbit obviously couldn’t be missing from this list. I have many playlists for this. I can listen to those soundtracks for hours. I chose my favorite playlist, because it has 82 tracks. Can you imagine how long it is? I listen to this while studying! It’s called “I Left My Heart in Middle Earth“.

That’s my list for this week! What was your topic?