Top Ten Tuesday is a weekly post hosted by That Artsy Reader Girl. The topic of the week is ‘page to screen freebie’ which means we can choose any topic related to adaptations. I chose to talk about 10 movie adaptations of books I’ve read that I actually enjoyed. I found this quite difficult because there are a lot of movie adaptations I haven’t watched, books I haven’t read of movies that I have watched, or just adaptations I didn’t like. Looking at you, Eragon. However, I managed to come up with 10 I really liked. Let’s get into it! 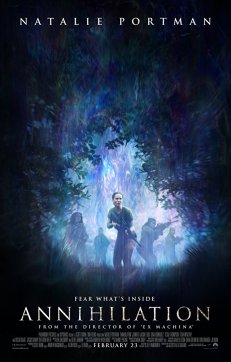 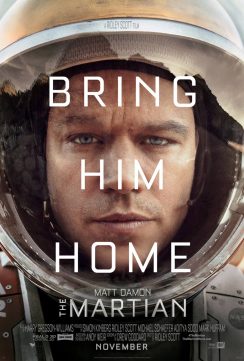 Annihilation by Jeff Vandermeer
Annihilation is by far one of the weirdest movies I have seen in a while. While I liked the book, I have to admit I enjoyed watching the movie more. I’d highly recommend seeing it, if you haven’t already! Prepare to feel like you’re hallucinating for the last 15 minutes though. Don’t say I didn’t warn you.

The Martian by Andy Weir
Listen, I loved reading The Martian. It’s a science fiction survival story with a good dose of humor – a combination that’s quite difficult to nail. I was terrified that the movie wouldn’t be able to reach the same level of enjoyment for me, but I shouldn’t have worried. While it wasn’t as great as the book, it was a fantastic adaptation.

Narnia by C.S. Lewis
I haven’t watched the Narnia movies nearly as much as I have The Lord of the Rings, but they are still solid movies I’d recommend. Well, I don’t think I necessarily have to recommend these, because surely the majority of you have already seen them. This is a case in which I watched the movie before reading the book, and would highly recommend watching the movies instead. Not that the books are bad! The movie is just great.

Crazy Rich Asians by Kevin Kwan
Crazy Rich Asians was one of my most anticipated book-to-movie adaptations in a long time. I listened to the audiobook while traveling, and absolutely loved it. Combined with the fact that it was the first Hollywood film with an all-Asian cast in decades, I was excited. I went to watch the movie in theaters with my friend, and we both adored it. I had read the book, she hadn’t. She did borrow my copy of the book afterwards though, since she wanted more time with the characters. Would highly recommend!

Howl’s Moving Castle by Diana Wynne Jones
I honestly didn’t think I would love this movie. I never watched this movie growing up, or read the book, for that matter. I ended up reading the book a little while ago, and watching the adaptation immediately afterwards. They’re quite different but I loved both story lines.

To All the Boys I’ve Loved Before by Jenny Han
I think this is a given, no? I watched the movie adaptation of Jenny Han’s series immediately after its release on Netflix, and thought it was so adorable. I’ve only read the first book in the series, and I don’t think I’ll continue. I will, however, continue to watch the movies as they come out.

The Hunger Games by Suzanne Collins
I think The Hunger Games is another series that’s always on best book-to-movie adaptations, and I agree with that choice. I haven’t actually watched the Mockingjay movies, but the first two were incredible. Especially Catching Fire.

Simon vs the Homo Sapiens Agenda by Becky Albertalli
I mentioned Love, Simon in my 2018 ranked post – movie edition. I watched it last year in May, and fell in love with it. It’s absolutely adorable, and I found myself smiling like an idiot throughout the majority of the movie. If somehow you haven’t watched this one yet, please do. I promise you’ll feel happy afterwards.

Het Engelenhuis by Dirk Brack – movie is called ‘Bo’
For my last choice, I went with a Belgian book and movie. I read Het Engelenhuis (the Angel House) as a teenager, and watched the movie when it came out in 2010. This is the story of a young girl who grows up in a poor family, and decides to start earning some money by becoming an escort like one of her friends. It quickly spirals out of control and she ends up in prostitution – all while being controlled by her “boyfriend”. She goes to juvie, and that’s where a big part of the story takes place.

Have you watched any of these movies? Which adaptations do you love?

16 thoughts on “book-to-movie adaptations I would recommend | #toptentuesday”